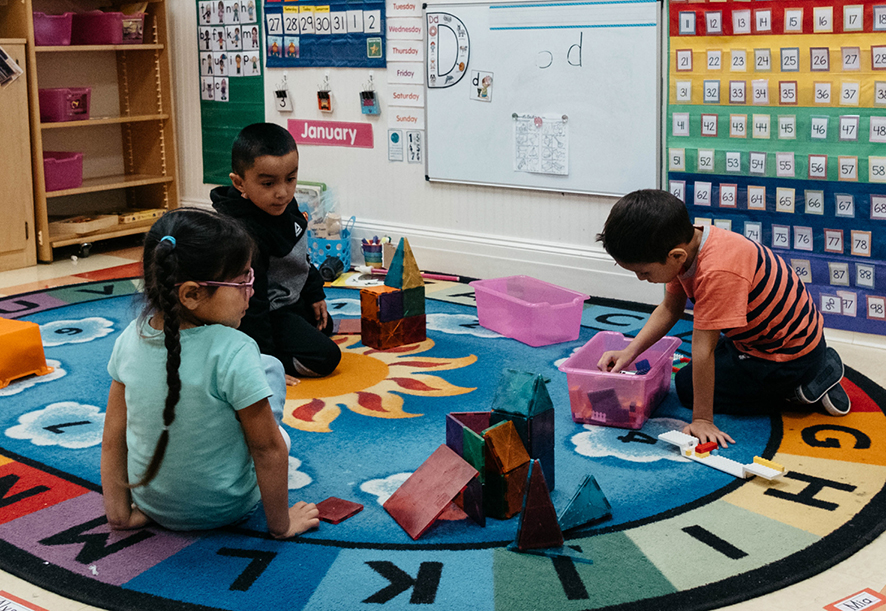 Our goal is to provide students with an intellectually stimulating environment, which narrows the learning gap and prepares them for elementary school.

The school maintains a high teacher to child ratio of approximately one to eight and utilizes the project approach to learning to integrate multidisciplinary curricula. Our teachers promote language development, science and math concepts, and critical thinking skills. 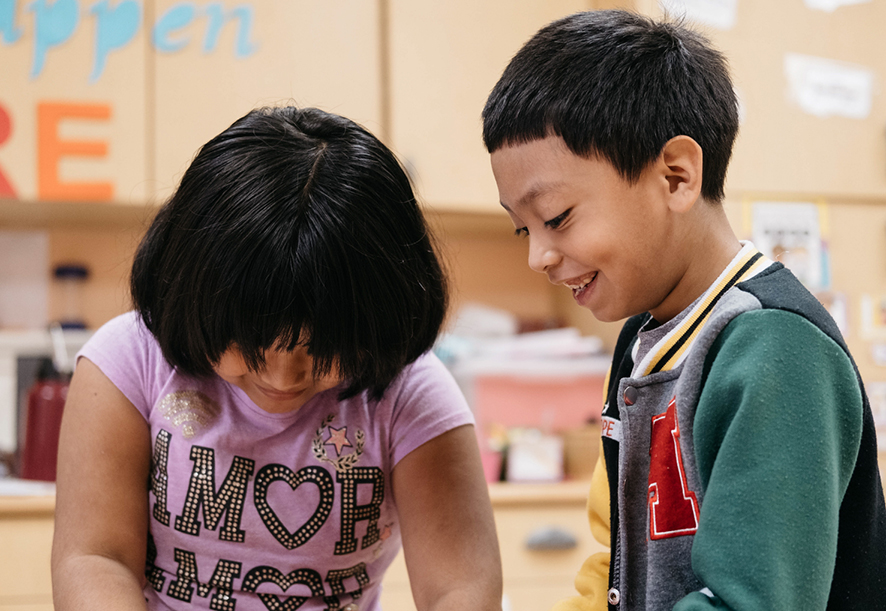 Our goal is to engage students in positive interactions with peers and adults and to teach students to identify and express a range of emotions in a healthy way.

Small Steps uses a relationship- and language-based approach to early childhood education to address the social and emotional needs of children, which incorporates a trauma-informed approach into the classroom and minimizes student behavioral outbursts.

Small Steps utilizes SET for Life – a program created by Michelle M. Forrester, PhD, that addresses the social and emotional needs of children. 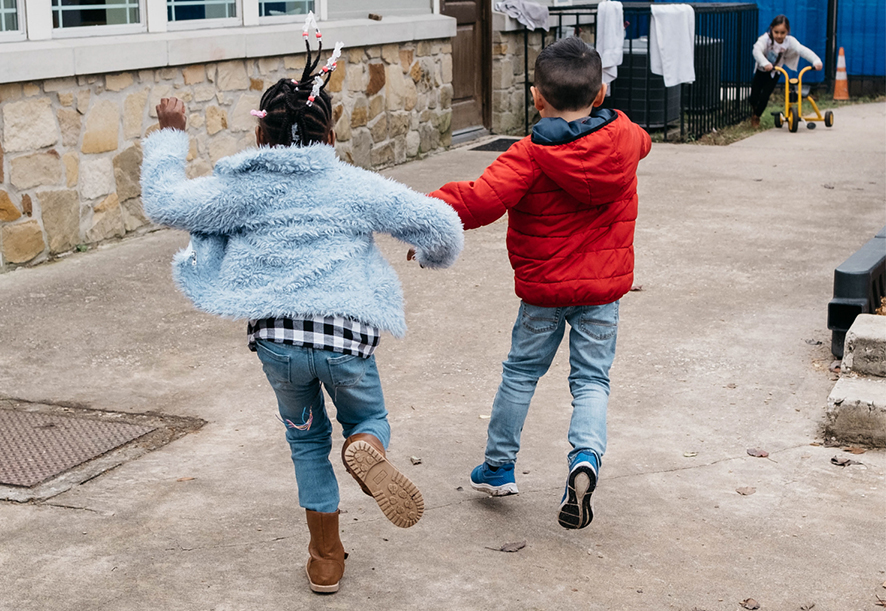 Our goal is to provide students with a safe, nurturing, and healthy atmosphere.

Small Steps provides our students breakfast, lunch, and a snack each school day. We also offer daily transportation in staff-driven vans for those children who otherwise could not get to school. Small Steps campuses have safe outdoor spaces for children to develop their motor and social skills and connect with nature. 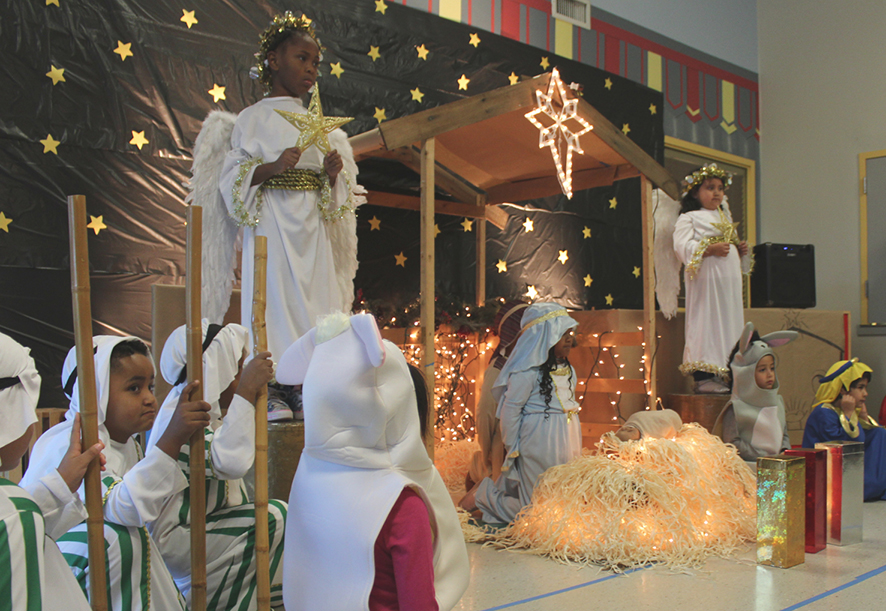 Our goal is to offer our students and families a loving atmosphere based on Christian faith and values.

Small Steps believes that we show God’s love by serving children in need and treating each person as a unique creation. Teachers daily demonstrate love to their students by fostering close relationships, and our volunteers show compassion by serving in our ministry.

We are grateful for many longtime Church partners that support the mission of Small Steps! Small Steps’ original DePelchin campus was founded in partnership with Impact Houston Church of Christ, and the expansion to our Gulfton campus came to fruition through a partnership with St. Luke’s United Methodist Church. 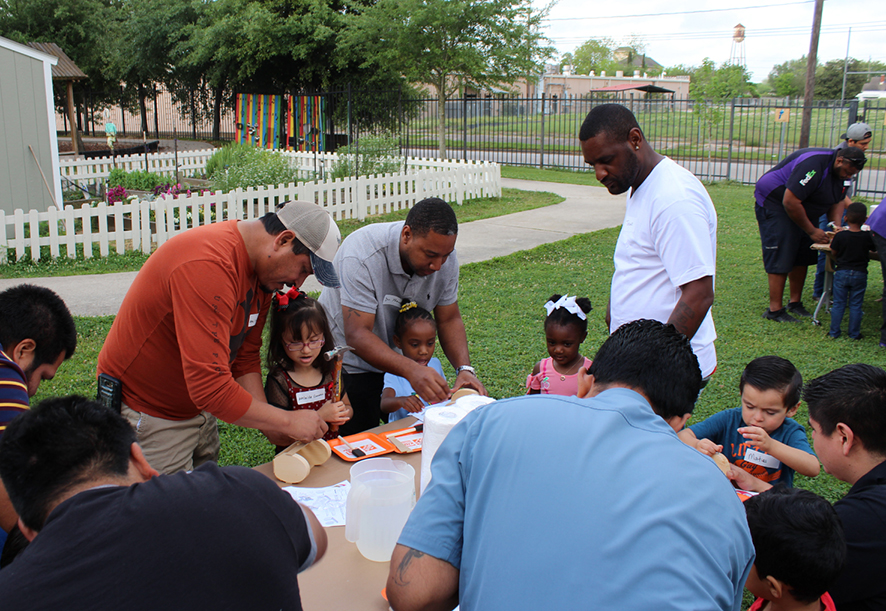 Our goal is to nurture and engage parents and caregivers as primary teachers of their children.

Small Steps offers a robust parent education program which educates and encourages parents to be involved in their children’s learning, well-being, and development. We serve as a support network to students and families in times of crisis and provide referrals for various community resources.

Small Steps aims to not just serve the student, but the family unit as a whole. To enroll at Small Steps, parents agree to complete at least 10 tuition hours (15 if more than one student) each year by attending parent education events and volunteering.

Emilia* is the youngest child of a single mom and has five siblings, two of whom attended Small Steps. Of all her siblings, Emilia struggled the most, both academically and socially/emotionally. She began Small Steps with no language and didn’t speak to her teachers until the end of her second year. She began pre-K and kindergarten with similar behavior, choosing to shake her head “no” and “yes” instead of answering a question aloud. Teacher assessments showed that she was significantly behind pace for language, math, reading, and comprehension. Throughout her time at Small Steps, she received speech and occupational therapy. During her kindergarten year, she received additional academic support from the Instructional Specialist. Although her progress was slow for much of her time at Small Steps, her teachers and support team highlighted a “light bulb moment” in her kindergarten year, at which point she progressed more quickly. One breakthrough was when she said her name in front of her drama class after spending the year standing in the back, participating as little as possible. By the end of her kindergarten year, she graduated from both speech and occupational therapy, and her teachers described her as engaged, curious, social, and independent. During the 10+ years that her family has been a part of the Small Steps community, Small Steps built a relationship with Mom and supported the family during destabilizing events, like Hurricane Harvey and the COVID-19 shutdown. Small Steps has also seen Mom make progress herself, seeking a more stable job to support her family and dedicating herself to improving her English. Mom frequently cooked food for the staff to express her appreciation.

*Names changed to protect the privacy of our families.

We currently have two campuses, located in the Fifth Ward and Gulfton communities.

For a child to qualify for Small Steps’ program, the family must meet three requirements at the time of application:

Small Steps has numerous ongoing collaborative partnerships with other nonprofits to accomplish our shared goals.

Our current collaborative partnerships include: